Search for a location

Setup your data file for the Spreadsheet Data Loader

Overview of the New PolicyMap 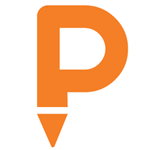 Updated 2 years ago by Phil Vu

Assembled custom regions allow a user to create new boundaries using existing boundaries as the base.

Non-contiguous Assembled Custom Regions: Assembling do not have contiguous borders or borders which do touch each other. In the example, a user can get aggregated data for specific census tracts throughout downtown Los Angeles, CA. The user is able to individually select each census tract to create a custom region.

NOTE: While there is not a limit on how many geographies can be selected when assembling a custom region, a large number of selected geographies will increase the amount of time it takes PolicyMap to process and save the custom region.

How did we do?

(opens in a new tab)